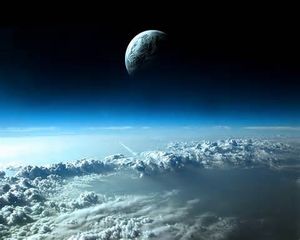 Contemplative experience is profoundly personal. The practice is about entering an inner vulnerability that may, mysteriously, reveal a sense of transcendent wholeness.

It is a becoming, moving into quiet through the immediacy of reflection, beyond meditation, toward a peace freed from pre-occupations of pragmatic understanding. Free from the mind’s distractions that all too easily dominate daily living, the outcome will likely be nothing less than sheer wonder: A sense of becoming wholly present within a Holy Presence.

Wonder evokes emotion. It liberates imagination, inspires and animates the human condition. For all that it might be shared, wonder is profoundly personal. While for example, one might contemplate the cosmos as dark, cold and impossibly vast, another might contemplate it as being divine revelation of eternal dimension and beauty beyond human comprehension. Wonder sustains the tap root of both religious experience and scientific endeavour.

Recent years have seen re-invigorated debate about the relationship and popular contradictions between religion and science. Science demands reviewed empirical evidence to support any proposition. Religion elevates belief systems into faith for living, drawing meaning from, revelation, the human condition, symbol and myth.

The two are not mutually exclusive. Rather, the differing perspectives may be seen as a bifurcation along the route from wonder to action.

Albert Einstein contemplated prospective vastness beyond his knowledge and wondered at the cosmos. After his example, contemporary new atheists refer to wonder of a religious type, although dismissive of the supernatural, termed Einsteinian.

The Christian Bible has numerous stories that have their origin in wonder. For example: Moses being drawn to his encounter with Yahweh at the burning bush; Elijah, hiding, sheltering in his cave and there coming to wonder at the silence that befell him; the shepherds being woken from their slumber, immediately filled with fear, then in wonder visiting the Christ child; disciples Peter, John and James at the transfiguration of Jesus.

Wonder holds humans in thrall. A great risk of this era is to ignore any opportunity to do so or, perhaps, worse, allow the ordering of our lives to become so distracted as to exclude the experience. To do as much creates a barren inner personal landscape, rendering any sense of transcendence to a mere passing experience. Such is the origin of hubris.

Concern for a life-giving spirituality has cause to emphasise the need and blessing of wonder. It simply reveals the beauty of life. To wonder is to stand with all people in recognition and solidarity that life is an unasked for gift: one that may be passed to others and always returned to the earth that nurtures it.

Would politicians and the like, only pause for long enough before meetings to contemplate the meaning and beauty of solitary planet earth as seen from space? Such a simple act would promote the wonder of our fragile existence. That in turn might lead decision-makers to more deeply respect all life as privileged. Imagine an international polity grounded in wonder, committed to undying priority for life-giving relationships among all people, with the earth and all that is in it.

Revealing, teaching, even promoting the practice of Christian contemplation is a way in which wonder may be brought to the centre stage of human consciousness. With the potential to wonder being common to all people, it is an essential for us all to encourage and foster.

Whether one may hold a Faith, be Christian, agnostic, atheist or whatever, wonder unites and engenders creativity in us all. It is worth contemplation.

An edited form of this essay was published December 2014 at http://www.sdiworld.org/blog/contemplating-wonder

Image  Earth from the Space Shuttle Discovery 1988, courtesy of NASA