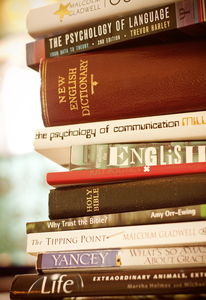 “Knowledge without wisdom is a load of books on the back of an ass.”
The Japanese certainly have a way with words.  But surely that ass is still better off with the books than without them?
In England, learning is so highly prized that nearly half of all school leavers are starting university this term, despite average predicted debts of £26,100.
And the bible supports the need for learning.  King David didn't mince his words when he declared, “fools hate knowledge”.
Knowledge = wisdom?
But does knowledge automatically infer wisdom?
Research by 'Talent Q' shows that university graduates are actually worse than non-graduates in the workplace at handling criticism, communicating and staying calm.
While the US 'Center for Science in the Public Interest' found that nearly twice as many full time university students were heavy drinkers, compared with their non-student contemporaries.
Danger, danger
So knowledge without wisdom can be pointless.  But worse than that, it can be dangerous.
Take Stalin.  He began to study at a theological seminary, where he started reading Marxist literature, and was expelled for 'revolutionary activities'.  Stalin developed strong ideals, and based on these he killed thousands and exiled millions to slave labour camps – the infamous gulags.
Countless others through the years, including those claiming to act on behalf of God or other high principles, have carried out terrible crimes.  Tragically for many, any knowledge they had was not accompanied by wisdom or love.
Theoretical physicist Victor Frederick Weisskopf agreed, “Compassion without knowledge is ineffective; knowledge without compassion is inhuman.”
Jesus himself warned us to be careful of this folly, “Be shrewd as snakes and as innocent as doves.”
Fruit salad
So what's the difference between knowledge and wisdom?  The dictionary defines wisdom as, “Knowledge of what is true or right coupled with just judgment as to action.”
Or as rugby star Brian O'Driscoll once said, “Knowledge is knowing a tomato is a fruit; Wisdom is not putting it in a fruit salad.”
King Solomon famously requested and was given the gift of wisdom.  However, he didn't just want it to appear clever.
In his proverbs Solomon describes some of wisdom's uses, including to discern good advice; live skilfully; be righteous, just and egalitarian; to teach; to guide and to understand the words of the wise.  Good qualities for a king, but useful for everyone.
Wise words
So it is for Christians.   It is imperative not only to acquire knowledge, but also that we seek wisdom, in order that we are not ineffective or worse.  Thankfully we have the guide for doing so.
Know God.  “In whom are hidden all the treasures of wisdom and knowledge.”
Respect God.  “The fear (as in high respect) of the Lord is the beginning of knowledge.”
Ask God.  “If any of you lacks wisdom, he should ask God, who gives generously to all without finding fault, and it will be given to him.”
True wisdom is not rooted in great learning or in human intelligence, but in the understanding of our place before God.  “For wisdom is more precious than rubies, and nothing you desire can compare with her.”
Share
Tweet