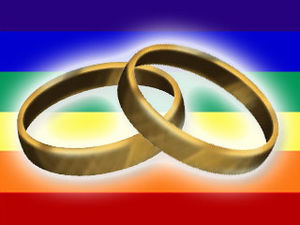 Same-sex relationships and gay marriage have been very much in the news, dividing the Anglican Communion painfully and harmfully for over a decade. The situation has now intensified with the debate about gay marriage in Parliament, as well as in Christian communities. This morning I want to share with you why I feel a gay marriage can be consistent with Christian principles, and how I have come to this point of view over a period of many years.