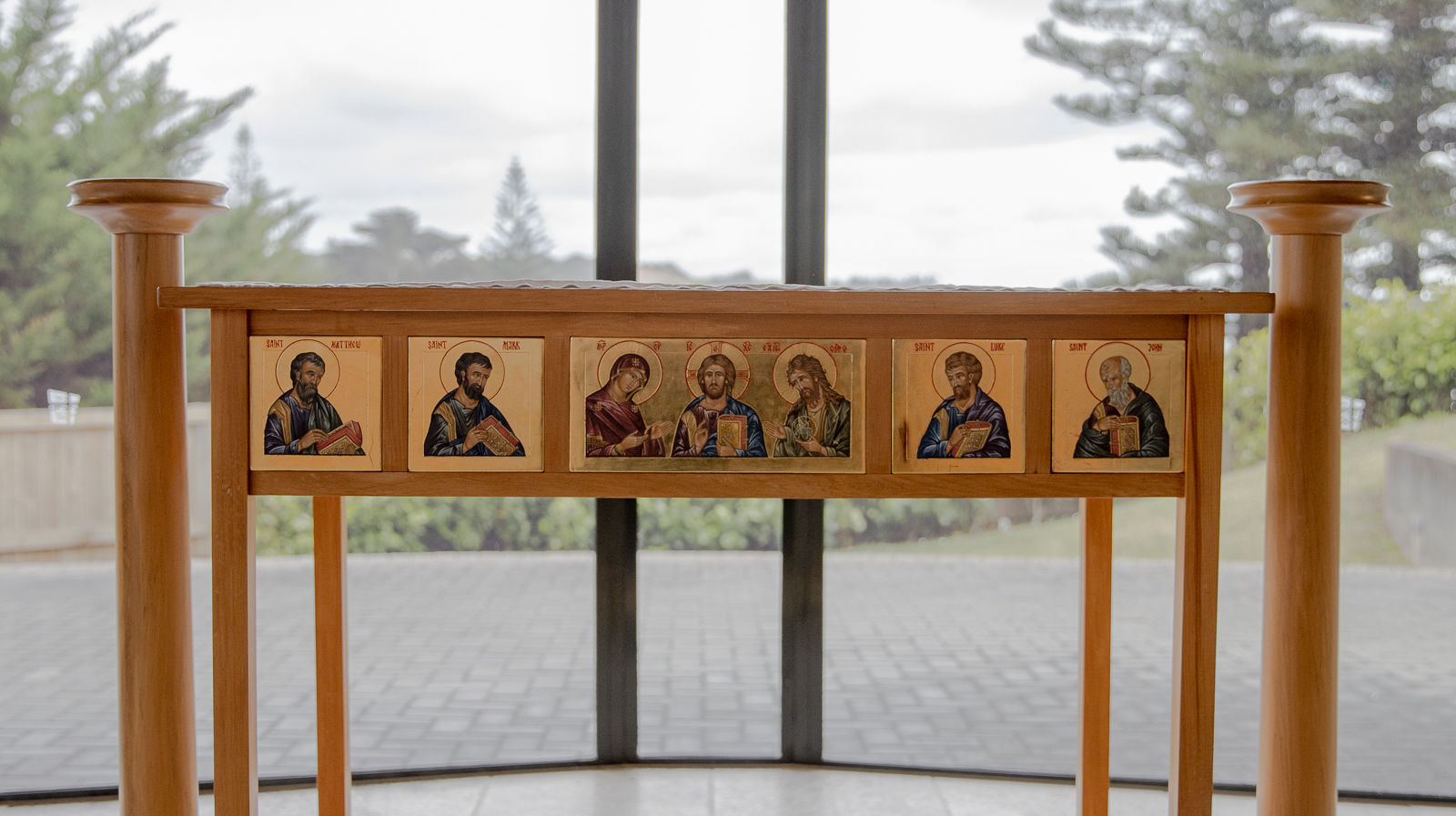 About the Vaughan Park Ruatara Chapel

In 2003, designs for a proposed Chapel were begun. The proposal was grounded in a process of prayer and reflection that drew together many and varied strands of the church, ancient and modern, indigenous and colonial. The vision required the Chapel to be an integral part of the landscape, both of the Vaughan Park property and the surrounding area. It needed to blend into the landscape and be a prominent, yet not dominant, focus of the Centre as a whole. It also needed enhance sight lines while maximising the aesthetics of the property and enhancing the vistas of ocean and landscape.

Practically, and symbolically the Chapel makes a statement about the church’s priorities for prayer and study, the building is an expression of the balance between the two. The Resource Centre literally wraps around the Chapel. There is also other symbolisms within the design. Two thirds of the building is underground. This symbolises incarnation and locality, the Retreat Centre being an expression of the mission of the Anglican Church in Aotearoa, New Zealand. Being underground is a commitment to ecological awareness and echoes something of the historical church which began much of its life in underground catacombs. The three Tikanga relationship of the Anglican Church in Aotearoa New Zealand is represented by the waka-like shape of the roof (Tikanga Maori), the outrigger-like pergola (Tikanga Polynesia), and the path and forecourt (Tikanga Pakeha). The Chapel, Resource Centre and surrounds are dedicated to the ‘Builders of the Anglican Chruch in Aotearoa, New Zealand and Polynesia’, and the Chapel itself, to Ruatara and the Research Centre to the Saints and Martyrs of the Pacific.

In a broader view, the whole of the Vaughan Park Retreat Centre can be seen as Church with the Chapel as its sanctuary. The grounds and public spaces serve as nave, the courtyard and path to the Chapel as transept, chancel and crossing, the Chapel being the sanctuary with the altar at the heart of work and hospitality. There are a number of side chapels, for example, the amphitheatre and meditation gardens sited around the grounds. In classical Christian spiritual iconography Vaughan Park may be seen as a type of middle-desert, between the marketplace of the city and places of more intense prayer and witness. At the first community Eucharist in the Chapel, Bishop Bruce Gilberd described the Chapel as a thin place, a place saturated with sanctity, sanctity shared with all who come to be a part of the life of Vaughan Park. Nau mai, haere mai!