Wondering at the heavens 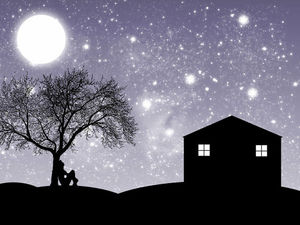 Some years ago I read an article–I cannot remember where–that implied a contemporary Christian engagement with environmental concerns and the subsequent development of eco-theologies was little more than what the author called 'neo-paganism', something to be avoided.
Thomas Aquinas had taught that 'grace builds on nature', but sadly many Christians were, and are, more happy with theologies that tolerated or even encouraged a division between the sacred and profane.
At this time of the year, many Maori and Pakeha are celebrating Matariki, sometimes referred to as the Maori New Year. Matariki, the MÄori name for the small cluster of stars known as the Pleiades in the Taurus constellation, is also associated with the winter solstice, and appears when the sun, drifting north on the shortest day in winter, reaches the north-eastern end of the horizon. The sun then turns around and begins its journey south.
So what does this have to do with dualistic theologies in the Christian tradition and with the feast of John the Baptist, that enigmatic character who appears in the first chapters of our four canonical gospels, proclaiming that Jesus, 'the light of all peoples' (Jn 1:4) has come among us?
John 3:22-30 tells of the Baptist responding to those who asked who he was. He explains: 'I am not the Messiah, but am sent before him' and then he concludes: 'He [Jesus] must increase, while I must decrease'.
The birthday of Jesus is celebrated on 25 December, the time of the winter solstice in the northern hemisphere after which the days grow longer. I am certain that the author of the fourth gospel wants us to think of Jesus as the one who proclaims: 'I am the light of world' (Jn 8:12). Then the birthday of John is celebrated on 24 June, which in the northern hemisphere is the time of the summer solstice after which the days get shorter, hence the Baptist's words: 'I must decrease'. His work is finished. He has proclaimed the truth of the one to come.
This suggests that the author knew how important it was to link the birthdays of Jesus and John to the winter and summer solstices. He was well aware of the sacramental significance of these two events for peoples whose links to the world around them were strong and vital.
So why is this important for us today in Aotearoa? First, the gospel text subverts the theologies of those who in different ways still favour dualistic theologies; second, it provides an important entry-point for a deeper consideration of the relationship between Christian and Maori religious beliefs; and third, it should encourage us to work at finding solutions to light pollution that prevents us from wondering at the heavens. After all, the heavens reveal the wonder of God.
Share
Tweet