What does Newman's canonisation mean to Anglicans and why does it matter? 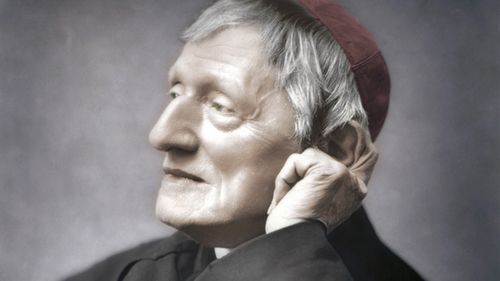 On 13th October 2019, John Henry Newman became the first canonised English saint since 1970, and the first non-martyr for more than 600 years. The Rev. Dr. Benjamin King of The School of Theology at the University of the South, Sewanee, Tennessee, USA.discusses Newman’s importance to Anglicans.

Newman's canonisation is important to Anglicans because he was a bridge between communions, transferring a Catholic vision to worldwide Anglicanism and then bringing some of his Anglicanism with him when he became a Catholic.

The fruits for Anglicanism of the Oxford Movement, which Newman helped to lead, include the Anglican Communion’s sense of continuity with the early Church, altars where the Eucharist is celebrated every Sunday, and the orders of Anglican nuns and monks. These were mostly missing in the Church of England before Newman and the Oxford Movement began their work.

The fruits for Catholicism of his conversion include magnifying the role laypeople played in the Catholic Church and shifting away from a view of the Church that “emphasizes only the harmony not the tension” (as Cardinal Avery Dulles put it). I would say Newman’s canonisation is a recognition that both of these Anglican characteristics are now valued by Catholics.

The Catholic Archbishop of Westminster Henry Manning wrote in 1866 that Newman was the chief source of “an English Catholicism. It is the old Anglican, patristic, literary, Oxford tone transplanted into the Church.” Manning did not mean this as a compliment!

That the current Catholic Archbishop of Westminster, Cardinal Vincent Nichols, views matters very differently can be seen, in one tiny example, by his inviting me to speak at the Vatican on the day before the canonisation on "Cardinal Newman: a bridge between Anglicanism and Catholicism". Today Newman can bring about a deepening of understanding between Catholics and Anglicans. Not that all Anglicans are devoted to him, for sure: like many of his contemporaries, some today still see Newman as a slippery arguer. But recent Archbishops of Canterbury (Michael Ramsey, Robert Runcie, Rowan Williams) have responded positively to his writings.

After his conversion Newman had some harsh things to say about Anglicanism. But he had written still harsher things about the Catholic Church in 1833 when, despite waxing eloquent about the beauties of St Peter’s Basilica in Rome, he made comments about Catholicism being too negative to be mentioned diplomatically here.

On 13 October in the same St Peter’s Basilica Newman was raised to the altar, not spotless but nevertheless a saint for those who say their prayers in English, Anglicans and Catholics alike.

(This article was first published on the Anglican Communion News service)