The Temple in His Bones 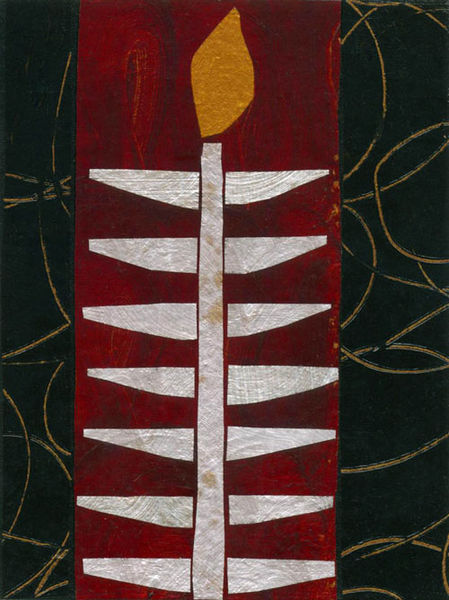 On my first afternoon in Rome a few years ago, I climbed on the back of my friend Eric’s motorcycle and set off with him to begin my acquaintance with the Eternal City. A few minutes down the road, he told me to close my eyes. When we came to a stop and I opened them, my field of vision was filled with one of the most impressive sights in a city of impressive sights: the Pantheon. Built in the second century AD, the Pantheon replaced the original Pantheon that Marcus Agrippa constructed fewer than three decades before the birth of Christ. A temple dedicated to “all the gods” (hence its name), the Pantheon became a church in the seventh century when Pope Boniface IV consecrated it as the Church of Santa Maria ad Martyres. It’s said that at the moment of the consecration, all the spirits inhabiting the former temple escaped through the oculus—the hole in the Pantheon’s remarkable dome that leaves it perpetually open to the heavens.

As churches go, it’s hard to top the Pantheon for its physical beauty and power. It was perhaps risky to see it on my first day, so high did it set the bar for the rest of my trip. Yet Rome, of course, brims with delights for the eyes, and the next two weeks offered plenty of stunning visual fare. Amid the calculated grandeur, I found that it was the details that charmed me: the intricate pattern of a Cosmatesque marble floor, the shimmer of light on a centuries-old mosaic, the inscribed marble fragments that had been unearthed and plastered to the walls. It was staggering to contemplate the countless hours and years that went into the construction of these spaces, or to fathom the vast wells of talent and skill that generations of architects, artisans, and laborers lavished upon them.

The Roman churches that most linger in my memory are those that possessed a clear congruence between the physical environment and its purpose—those places of worship that were not primarily tourist destinations but true sanctuaries. I felt this congruence keenly, for instance, in the Church of Santa Maria in Trastevere. The space intrigued me from my first moments in it, on the first evening of my trip. I would return several times, learning along the way that one of the many ways the church serves the surrounding Trastevere neighborhood is as a place of prayer for the Community of Sant’Egidio, a lay movement of people who work for reconciliation, peace, solidarity with the poor, and hospitality to pilgrims.

On the day that Jesus sweeps into the temple, it’s this kind of congruence that is pressing on his mind. We don’t know precisely what has him so riled up; after all, particularly with Passover drawing near, there are transactions that need to take place in the temple. As Jesus enters, he sees those who are attending to the business involved in the necessary ritual sacrifices, but he seems to feel it has become simply that: a business. Commercial transaction has overtaken divine interaction. Time for a clearing out, a return to congruence between form and function, to the integrity of the purpose for which the temple was created: to serve as a place of meeting between God and God’s people.

To those who challenge his turning over of the temple, Jesus makes a remarkable claim: that he himself is the temple. “Destroy this temple,” he says to them, “and in three days I will raise it up.” His claim stuns his listeners, who know that the sacred space in which they are standing—the Second Temple, which was in the midst of a massive renovation and expansion started by Herod the Great—has been under construction for forty-six years. John clues us in on the secret that the disciples will later recall: “He was speaking of the temple of his body.”

This scene underscores a particular concern that John carries throughout his gospel: to present Jesus as one who takes into himself, into his own body and being, the purpose of the temple. Richard B. Hays writes that in making the link between Jesus’ body and the temple, this passage provides “a key for much that follows” in John’s gospel. “Jesus now takes over the Temple’s function,” Hays observes, “as a place of mediation between God and human beings.” Hays goes on to point out how Jesus’ sometimes enigmatic sayings about himself in John’s gospel—for instance, “Let anyone who is thirsty come to me, and let the one who believes in me drink” and “I am the light of the world”—are references to religious festivals whose symbolism Jesus takes into himself.

Perhaps, then, it all comes down to architecture. The decades of work that have gone into the physical place of worship, the skill of the artisans, the labors of the workers; the role of the temple as a locus of sacrifice, of celebration, of identity as a community; the power and beauty of the holy place: Jesus says, I am this. Jesus carries the temple in his bones. Within the space of his own body that will die, that will rise, that he will offer to us, a living liturgy unfolds.

We will yet see the ways that Jesus uses his body to evoke and provoke, how he will offer his body with all its significations and possibilities as a habitation, a place of meeting, a site of worship. Calling his disciples, at the Last Supper, to abide in him; opening his body on the cross; re-forming his flesh in the resurrection; offering his wounds to Thomas like a portal, a passageway: Jesus presents a body that is radically physical yet also wildly multivalent in its meanings.

The wonder and the mystery of this gospel lection, and of Jesus’ life, lie not only in how he gives his body as a sacred space but also in how he calls us to be his body in this world. Christ’s deep desire, so evident on that day in the temple, is that we pursue the congruence he embodied in himself: that as his body, as his living temple in the world, we take on the forms that will most clearly welcome and mediate his presence. In our bodies, in our lives, in our communities; by our hospitality, by our witness, by our life of prayer: Christ calls us to be a place of meeting between God and God’s people, a living sanctuary for the healing of the world.

The season of Lent beckons us to consider, are there things we need to clear out in order to have the congruence to which Christ invites us? Who helps you recognize what you need to let go of in order to be more present to the God who seeks a sanctuary in you? How is it with your body—your own flesh in which Christ dwells, and the community with which you seek to be the body of Christ in the world? What kind of community do you long for—do you have that? What would it take to find or create it?

In these Lenten days, may we be a place of hospitality to all that is holy. Blessings.

[Richard B. Hays quote from his chapter “The canonical matrix of the gospels” in The Cambridge Companion to the Gospels, ed. Stephen C. Barton.]