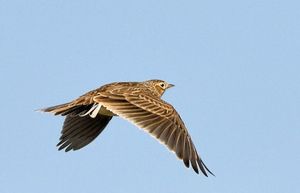 The embers of a late Autumn. Morning mists, fruitfulness, golden light, wind in my hair. Diamond-shaped Feijoa fruit carpet the ground. Colours of toffee apples, cinnamon and buttercups make each leaf a work of art.

We live in the mountains and in just one day, Autumn has given way to Winter. Snow covers the peaks and the landscape is thinning out. More and more revealed.

It is time for comfort, for good food and warmth, for home and to sit by the hearth. A welcoming place. The fire, made with the wrinkled bodies of logs, crackles with orange and crirmson sparks and stories are patterned with flames of light.

‘Then (the fire)…settles to quietude, or maybe gratitude, as it feeds as we all do, as we must, upon the invisible gift: our purest, sweet necessity: the air.’[i]

For my Highland ancestors, the ceremony of smooring the fire was a nightly quietude. The embers were evenly spread on the hearth, formed into a circle and then the circle was divided into three and a peat laid between each section.

‘The sacred Three
to save,
to shield,
to surround
the hearth,
the house,
the household,
this eve,
this night,
and every night,
Amen.’[ii]

I have always loved this Celtic spirituality and as we gently subdue, before midnight, the embers of the fire in our little home, we are thankful to be warmed by the trees and to hear the voices of people long ago.

Earlier this month, Vaughan Park celebrated the tenth anniversary of the building of its Chapel, named in honour of NgÄpuhi Chief, Ruatara. The Chapel faces north towards Tai Tokerau, the tÅ«rangawaewae of Ruatara.

On Christmas Day, 1814, at the invitation of Ruatara, English clergyman, the Rev. Samuel Marsden landed at Rangihoua in the Bay of Islands. With the help of Ruatara, he was able to establish a Christian mission in the area. Marsden wrote,

‘…I saw the English flag flying, which was a pleasing sight in New Zealand. I considered it as the signal for the dawn of civilization, liberty, and religion in that dark and benighted land. I never viewed the British colours with more gratification, and flattered myself they would never be removed till the natives of that island enjoyed all the happiness of British subjects.’[iii]

This land, though, was already spiritually beautiful and sacred. The indigenous people of the land were artists, teachers, singers, poets, gardeners, sculptors, sages, cherishing ancient belief systems and a creation spirituality. Ruatara and his people had much to share and to teach Marsden and his like, then and now.

I travelled to Rangihoua in late March with two friends of Vaughan Park – Becky, a visiting Professor of Theology from Los Angeles and Jacynthia, an Anglican priest. Jacynthia shared stories about her people, also NgÄpuhi, enlightening our thinking and deepening our understanding.

We listened to music, looked up at the Milky Way and found the Southern Cross in the evening sky. We felt the warmth of a fading sun, followed the shifting light and smelled the fragrance of fields in this thin place, where the veil between heaven and earth is as fine as gossamer.

I have recently discovered a little Retreat House, called Oasis, another thin place in the midst of an overcrowded Auckland. Andrew and Margaret Dunn, with the help of their family, carved into the steep hillside of a native forest on their property, a labyrinth in the shape of an unfolding tree fern, called the Koru.

The Koru is a sacred symbol for MÄori, expressing creation – birth, life, death, renewal, eternity. It has a circular shape, each delicate frond unfurling towards the light.

As I walked this labyrinth, I began to realise how weary I was. It had been a busy week with lots to do and much to think about. Slowly my spirit lifted and it was as if I could hear the music of the kÅauau accompanied by the song of kereru, korimako and tui. Little piwakawaka swooped here and there.

I sat on a seat at the centre of the Koru and looked at the tall trees above me, their branches opening out to the lights of the sky. Beneath my feet, fungi coloured the forest floor.

And I was that little girl again, walking excitedly into the magic wood with my father, mother and brother. We loved to go there because it was mysterious and full of wonder. We heard the growing and speaking of the trees. We sensed the creatures watching us. The presences and spirits of the wood accompanied us. We filled our small pockets with fir cones that had fallen to the ground.

An unexpected moment of remembering about the loss and the love at the heart of our family’s story. We four, together again.

It is Ascension Day, 40 days after Easter. The May blossom will be out north of the Equator, while here, fading roses still bloom. Christ has been busy with post-resurrection appearances - meeting the Mary’s, and the disciples, including Thomas, of course. He has walked to Emmaus, cooked breakfast at the beach and now, on the Mount of Olives, is taking his leave to be with his Father in heaven. Christ - gone from our earthly sight yet his spirit of light and love found everywhere.

I have been reminded of a piece of music composed by Ralph Vaughan Williams called ‘The Lark Ascending’. He wrote a draft of it on the eve of the First World War and completed it after peace had been declared. He had been inspired by George Meredith’s poem of the same name.

‘…He rises and begins to round,
He drops the silver chain of sound,
Of many links without a break,
In chirrup, whistle, slur and shake.
…For singing till his heaven fills,
‘Tis love of earth that he instils,
And ever winging up and up
Our valley is his gold cup,
And he the wine which overflows
To lift us with him as he goes…’[iv]

It is a dramatic and sweet melody about a little bird who bravely soars from the earth to the heavens, taking with it the sorrow and pain, the desolation and loss and limitations of life and transforming them into something different - forever beautiful, forever singing, forever renewing.

In these uncertain times, it is this courage, this graceful love and this hope that will sustain us.