The Misfit Messiah and the Awkwardness of Grace 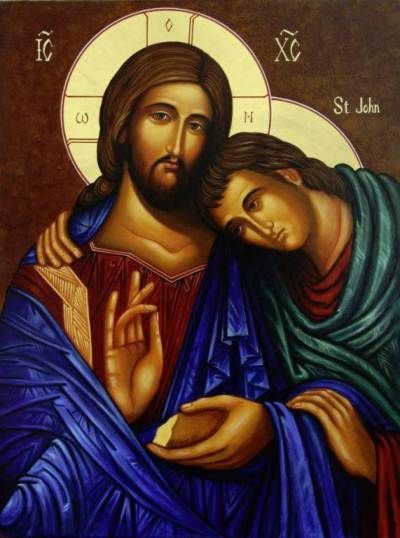 John’s Gospel is a stand-out work of poetic imagination. Not the fanciful imagination of Alice in Wonderland, but the incisive insightful imagination which penetrates more deeply into truth and reality. Galileo and Isaac Newton used such imagination, to transform the way we understand our world.[1]

John the Evangelist puts his poetic imagination to work in the service of Christian faith – exploring the depths, connections, correspondences and implications of the Incarnation through his account of Jesus’ life death and resurrection. John probes the profound logic of what God was doing in Jesus of Nazareth, to help us glimpse the deeps underlying Jesus’ identity, character and action. “In the beginning was the Word, and the Word was with God, and the Word was God; he was in the beginning with God.” For John, no alternative explanation is remotely plausible … Unless this is how you see Jesus of Nazareth, you remain in the very darkness the Light of the World came to dispel. John’s poetic insight has the ring of bedrock truth …

Paul wrote that Jesus was “declared to be Son of God with power … by resurrection from the dead, [who,] though he was in the form of God, did not regard equality with God as something to be exploited”.[2]
John has worked this through coherently and in depth, showing it to be absolutely congruent with the life of Jesus of Nazareth. [3]

John’s Gospel could appropriately be subtitled The Misfit Messiah and the Awkwardness of Grace. Page 1: the Incarnate Word “came to what was his own, and his own people did not accept him” – “Misfit Messiah”. The awkwardness of grace refers to our wanting grace on our terms, not God’s; it represents a judgment on our wilful obtuseness in matters spiritual.

I begin with Nicodemus, who famously keeps saying “I don’t get it”. Why such almost-comic miscommunication? Such is the awkwardness of grace, that (like the misfit Messiah who is the incarnation of grace) it can neither be contained inside, nor understood by, our everyday categories. The best we can do is poetic, the figurative language of poetry, namely the metaphor of being “born again”. This passage is more about the core language and nature of faith than Nicodemus’ apparent spiritual obtuseness.

Next: Jesus before Pilate. Ironically, almost paralleling Nicodemus, here the conceptual world of ‘Empire’ is on trial over matters of kingship and truth – with its own “I don’t get it”. Remember: Paul wrote to the Christian enclave in the proudly loyalist Roman colony of Philippi, declaring “our citizenship is in heaven” (and outguns Roman citizenship every time); that was subversive![4] So …

Pilate asks Jesus, “What is truth?” “What is kingship?” If you have to ask, matey, you don’t know; even when it’s there in the exhausted bedraggled prisoner standing before you, ready for death; who is nevertheless incandescent with love and hope for you – Pilate – the human being inside the governor’s political authority. John, by portraying Jesus’ example of simple loving silence in the face of Pilate’s incomprehension, subverts the grandiose claims of power and Empire, to strengthen his readers.

John was writing near the end of the first Christian Century, when Christians had already been subjected to various local harassments – e.g. the silversmiths’ riot in Ephesus[5] – and persecutions, including Nero’s persecution in Rome. With trenchant irony, John subversively exposes the spiritual bankruptcy of those who can only conceive of power as economic or coercive. “What is truth?” “What is kingship?” Their persecutors have no idea; Christ’s disciples know deeply.

The Misfit Messiah who, as Paul wrote, “did not regard equality with God as something to be exploited, but emptied himself, taking the form of a slave”, now takes the slave’s demeaning role and washes his disciples’ feet. Peter objects to Jesus’ demeaning himself; Jesus, ironically, is misunderstood even by his closest associates. Jesus’ response seems to parallel the reversal in Mark’s gospel: “Whoever wants to be first must be last of all and the servant of all”.[6] John goes one step further, and shows how the awkwardness of grace inverts our priorities and subverts our assumptions. It’s not about status or benefit, but service. John’s Misfit Messiah shows us the truths we cannot bear to see; in our lives, in our social interactions, no stone is left unturned.

My last significant passage: the Beloved Disciple at the Last Supper. Enigmatically, the Beloved Disciple is complicit by default of action, doing nothing to prevent Judas going out into the darkness (note!) to betray Jesus. The Johannine Epistles suggest John may be seeing similar ongoing desertions and betrayals in his own community … Yet are we not all, in our own ways, complicit in manifold betrayals of Jesus and his mission, by our own silence and/or inaction?

John’s poetic imagination invites another dimension. For all the complicity, the Beloved Disciple is reclining next to Jesus, closer even than Peter. Here we need the Greek text rather than the English translation – because the NRSV translators have fudged it.

The anonymous Beloved Disciple was “reclining next to Jesus”. John’s original Greek consciously parallels the Beloved Disciple’s position relative to Jesus, with Jesus’ position relative to the Father before the Incarnation (chapter 1), by using virtually the same expression (“in the bosom”) for both: “No one has ever seen God. It is God the only Son, who is close to the Father’s heart [footnote: Greek “bosom”] who has made him known.”[7]

For all our sins, cowardice, complicity, and general unsuitability, I think John here suggests the power of Eucharist to position us, by unfathomable grace, against Jesus’ chest and close to his heart.

That epitomises John’s challenge to us: no matter how clumsy or inept we continually prove to be, nevertheless to embody the love and grace of the Misfit Messiah to an uncomprehending world.

© the Revd Canon Dr Jim McPherson
with special thanks to my friend and colleague the Revd John de Lange for astute comments on an earlier draft.
Image Icon: Jesus and the Beloved Disciple, Ann Chapin

[1] Galileo saw the Sun “rise” and “set”, as we do; yet his observations and analysis drove him to conclude only one explanation answered the evidence: viz that Earth orbits the Sun, not vice versa. Newton’s Law of Universal Gravitation was allegedly inspired by his observing an apple fall to the ground from the bough.

[3] Matthew and Mark only have Jesus once in Jerusalem; Luke has Jesus in Jerusalem as an infant (in the Temple) and as a twelve-year-old (also in the Temple) who later returns to Jerusalem as a prophet, because Jerusalem is the place for prophets to die. Noting the Woman at Jacob’s Well (chapter 4), and Jesus’ alleged attendance at Jewish Festivals (Tabernacles, for example), I suspect John was making the point that the Incarnate Son of God was intimately involved in all the core Jewish Festivals and committed personally to honour all of Israel’s sacred history. Although written at a time of conflict between Jews and Christians, and often treating “the Jews” with trenchant negativity, John’s Gospel nevertheless generally respects the historic Jewish tradition and piety.

During the “Debate the Preacher” which customarily follows, one of the participants drew my attention to Horatius Bonar’s hymn “I heard the voice of Jesus say,/‘Come unto me and rest …” (Together in Song #585) with its tender invitation to the weary to find their resting place: “lay down, O weary one, lay down/your head upon my breast”. Its other two verses also use Johannine imagery. However, I think it would ruin the thrust of this fine hymn by attempting to acknowledge the inherent ambiguity in John’s use of the “breast” (κολπος) imagery. The problem lies not in finding sanctuary in Jesus, but in our conduct even in that intimate location. Ouch.