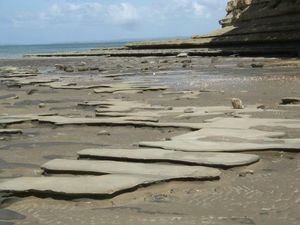 You will not have to travel far to appreciate the multi-cultural character of Auckland and much else of New Zealand. The diversity of cultures is obvious at work places, parks, beaches, schools, streets, malls, markets, theatre, wherever people gather and pursue the demands of everyday.
In the life of my generation contemporary Aotearoa New Zealand has relegated a white monocultural society to the historical record. While far from perfect in current form, there can be no return to an era when immigrants were tolerated and indigenous people were seen rather than heard.
New Zealand is now recognised as part of the Asia region. A small, independently minded South Pacific country making its way in a competitive rapidly changing world. Globalisation and cultural diversity has become the modern reality.
In any society, New Zealand being no exception, the need for cultures to understand one another and commit to sharing the benefits of living alongside one another has never been more pressing. Prejudice about differences of race, social status, religion or outright xenophobia will lead only to destruction of mutual wellbeing.
The history of world religions provides many examples of such destruction and the record continues to grow. Tragically, conflicts categorised by religious difference remain flashpoints for violence in many parts of the world.
This reality has increasing significance for the Christian Church internationally and within New Zealand. While it is often argued Christian values inform our law and culture, multi faith dialogue has long been promoted by many Christians.
Over time many other religions have taken firm footing, bringing differing expressions of spirituality. Sadly this can threaten the confidence of some about the perceived place and/or status of the Christian Faith.
Chaplaincies minister at the raw edge of this reality. School, military, police, hospital and other work place chaplaincies are all examples, ministering in places where people present a variety of faith expressions or none. Parish clergy, too, minister in communities with incredible diversity. Ministry is not as straight forward as it once may have been.
The immediate response is the Church ministers to all. Thankfully this remains true. However, there is a point when differences between religions can become a barrier to sharing the experiences of spirituality.
It is not unheard of for Chaplains and others to find themselves needing the generosity of a spacious spirituality which recognises the validity of another belief and faith system without needing to compromise their own. I recall a Biblical scholar describing a “proper confidence”, namely the capacity to defend one's faith with strength of gentle reverence.   I also recall a senior Anglican Priest once said to me, tell me a more convincing story and I will accept it.
A spacious spirituality has room to accommodate dialogue and respect for differences of belief and faith.   Other religions notwithstanding, a simple test is to listen to the almost incredible differences of belief held across the spectrum of faith within the Christian Church.
The world is changing around the Church. The Anglican Church's tortuous response to sexuality issues is illustrative enough. Yet, after years of struggle, much of the Communion is beginning to express a spirituality once considered virtually an anathema a generation ago. Theology is clearly responding to societal change: it always has done.
The challenge pressing the Church is how to live with other religions in ways that authentically share the human experience of spirituality.   Avoiding or attempting to control such challenge will serve to deepen conflict and hasten the unnecessary decline and marginalisation of the Church. This is a loss not merely for the Church. Rather it is a failure to address the diverse nature of human need with generosity of Spirit that defines the practice of Faith.
©John Fairbrother
Image by Colin Hopkirk
Reflection, Meditation, Church, Marginalisation, Multiculturalism, Diversity
Share
Tweet