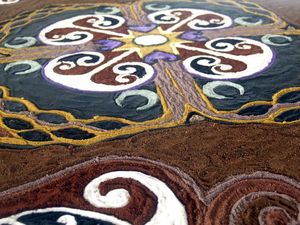 On the night of the American elections I was struck by the number of middle-aged and elderly white, middle-class Americans who had gathered to celebrate what they believed would be the imminent victory of Mitt Romney.
Then the TV would quickly transport us to Chicago to where crowds were similarly gathered to hopefully celebrate the re-election of Barack Obama. But this time the crowds were were Afro-American, Hispanic or Asian, or younger white Americans. They represented the America of the future. What does the Republican Party have to do ensure that it has a future? Well fortunately I do not have to answer that question.
But the American presidential elections meant I began thinking again about a workshop on church affiliation in Auckland I attended in September. The majority of participants were white, middle-aged or older and middle-class.
As happens at such workshops, we were presented with statistics galore and learnt among other things that churches which had not seriously engaged with Auckland's ever increasing Asian and Polynesian migrant communities were into decline, often quite serious decline.
The Catholic Church now has a significant Polynesian and Asian membership, which means it looks strong in South Auckland, or in Pakuranga and Howick. But its Pakeha members remind me somewhat of the Republicans–white, middle-aged, and middle-class–gathered to celebrate and then to commiserate the rise and fall of Mitt Romney.
Where mainline churches have not engaged with Asians or Polynesians, and in the case of the latter, this also means with the economically disenfranchised, the future looks somewhat grim.
I keep asking myself how serious is all this? I am reminded again of the importance of Walbert Bühlmann's 1980 publication, The Coming of the Third Church, in which he argues that the future of Catholicism, and by extension, of what we sometimes refer to as “Western Christianity” lies in Africa, in Asia, in Latin America, in Oceania, and more recently in those southern nations that used to be part of the Soviet Union–Kazakhstan, Uzbekistan and so on.
The changing demographic reality of Catholicism is apparent in my own religious congregation. Here in New Zealand the median age for our sisters is almost 75 years while in India Central Province, it is just over 42 years. Does it matter?
Almost two thousand years ago, the church was strong in the Middle East and in Western Turkey. Think about where the gospels were written, think about the recipients of the different New Testament letters, think about the churches being addressed in the Book of Revelation.
Now Christianity is almost non-existent in such places, and it looks as if it is going to continue to decline in Western Europe where it has been so strong for centuries. But it is growing elsewhere particularly in Africa.
At the end of Matthew's gospel the risen Jesus assures his followers that “I am with you always, to the end of the age" (Matt 28:20). Notice he does not promise to be with a specific church in Syria, in France or in New Zealand, but Jesus does promise to be with us to the end of the age.
In John's gospel just prior to the Passion Narrative, Jesus' disciples tell him that some Greeks have come to worship at the Festival. The arrival of Gentiles leads Jesus to proclaim that “unless a grain of wheat falls into the earth and dies, it remains just a single grain; but if it dies, it bears much fruit. Those who love their life lose it, and those who hate their life in this world will keep it for eternal life” (John 12:24-25).
As mainline churches in our country experience the reality of a loss on institutional strength and influence, members need to remember that this loss of life may well be accompanied by new life elsewhere, life that depends on the Spirit blowing where she wills.
Image: Capital Times   A mandala representing the circle of life and death laid in the Death and Diversity exhibition at the Museum of City and Sea, Wellington.
Share
Tweet