Moments: The Kingfisher and the Heron 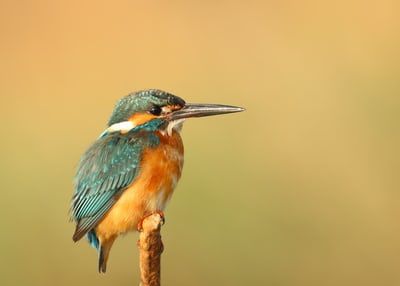 With the gradual easing of lockdown, I have managed to get away from my usual haunts and spend most of the day in a little boat on the Norfolk Broads. Amid the quiet delights of that watery world, I was rewarded with two beautiful sights: the darting of a kingfisher in the morning, and, in the evening, first, a glimpse of a slow grey heron rising and falling ahead of me, and, as I turned in by some trees to berth the boat, a much closer glimpse of the heron itself: still, stately, perched patiently on a branch, watching the river as it flowed past carrying me and my little boat back to our mooring.

There was a great deal to savour in the contrast between these two extraordinary birds. In the grey and rainy morning, the sudden sweet darting of bright blue, reflected in the river, just under the shelter of low branches was like a flash of hidden colour into a monochrome world — indeed, almost like a vision from another world, as though a sliver of blue sky from Shakespeare’s “eternal summer” had shimmered a moment into our dark time and disappeared again, leaving behind a little thrill of hope. I never see kingfishers when I’m looking for them, they just appear magically and disappear as quickly, an unexpected grace that never fails to make my day.

The quiet evening was as grey as the morning had been, but the rain had given way first to mist, and then a gentle breeze, when my homeward-guiding heron appeared. It is extraordinary that we can use the same word, “bird”, and recognise what is common between two such different and contrastingly beautiful creatures. But the slow, lazy flapping, the long low dipping glides, and then the final stillness of the heron, all suited and expressed my evening and homing mood, just as much as the kingfisher’s blue bolt had electrified and alerted my morning.

I learned from Coleridge not only to love birds in and for themselves, as God’s good creatures whom he also loves as he loves us, but also to recognise that these creatures, breathed into being by God as he forms and sustains all things, are also part of both God’s mind and ours. They are creatures in their own right, but they are also forms of thought, and, like all of nature, they provide us with the images and emblems with which we think, “lovely shapes and sounds intelligible, Of the eternal language” which God utters in and through us, even as he gives us both life.

So, in one sense I recognised something of myself in both the kingfisher and the heron. At first, perhaps prompted by the contrast of morning and evening, I thought of the kingfisher as my younger self: bright, energetic, making swift, sudden, unpredictable darts and flights, and I wondered if the slow patience of the evening heron, perched like a grey hermit in contemplation of the river, might be an emblem of “the gifts reserved for age”.

But I’m not sure that’s quite right. I think there is always, in all of us, something of both the kingfisher and the heron, the morning and the evening. Perhaps our best emblem is the river itself. We float in the little boat of our consciousness on the surface of something deep and mysterious, always arising freshly from its source, and, if we are patient and attentive, both the kingfishers and the herons of the mind will come and bless us.

This article was first published in The Church Times 17 July 2020 and is reproduced with permission.