Invisibility: it's not rocket science 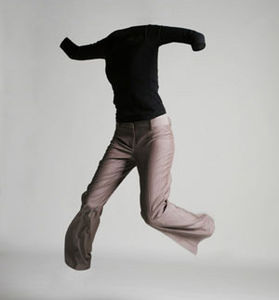 Last week my copy of The Inclusive Bible: The First Egalitarian Translation arrived. Prepared by English speaking priests and published in its entirety in 2007.
The Inclusive Bible is a welcome addition to those biblical translations that seek to move beyond the older exclusive language translations, which many of us first knew.
It arrived the week I was preparing a homily for Sunday 26 August when the gospel was the wonderful conclusion to John's sixth chapter. The second reading was Ephesians 5:21-32, one of the household codes.  My head said: “Don't take risks, do the reading from John” while my heart, knowing that most of the congregation would be older women, said: “Do Ephesians”.
The majority of contemporary Pauline scholars would argue that Ephesians was written by a disciple towards the end of the first century. As we know Paul was executed around 63, so this letter was written at least twenty years later. Paul himself in the letters we know he wrote actually has a quite different understanding of the role of women in the early Christian communities as we can see:
Ø   Phil 4:1 I urge you Eudoia and Synteche [two women] to be of the same mind in the Lord. I ask you also my loyal companion help these women for they have struggled beside in the work of the gospel together with Clement and the rest of my co-workers
Ø   1 Cor 1:11 it has been reported to me by Chloe's people that there are quarrels among you, my brothers and sisters
Ø   Rom 16:1 I commend to you our sister Phoebe, a deacon of the church at Cenchrenae so that you may welcome her... 16:3 Greet Pricsa and Aquila who work with me in Jesus Christ... 16:6 Greet Mary who has worked very hard among you... 16:7 Greet Andronicus and Junia.
There is on-going scholarly discussion about Junia. The New Jerusalem Bible (Catholic) and Revised Standard Version (Protestant) refer to Andronicus' partner as Junias, definitely a masculine name, while the KJV, The New American Bible (Catholic) and the New Revised Standard Version (Ecumenical) speak of Junia, a woman's name. Indeed in some ancient manuscripts the preferred name is Julia. Luther in his 1552 translation changed Junia to den Juniam definitely masculine, a practice that was continued by other continental scholars and then used in the 1881 Revised Standard Version edition. Men were in and women were out.
As I spoke of this in my homily and as we looked at Paul's positive references to women, something wonderful happened. We are a small community and so people are given the opportunity to share a little toward the end.
One woman was visibly upset as she recalled her experiences in church. Four other women told us that as part of their preparation for our Sunday liturgy, they reflect on the readings the night before and they either felt upset or angry as they read Ephesians and learnt that they should be “subject to” their husbands as the husband is the “head of the wife” (Eph 5:22).
They asked: “Why do we not hear more about the women who worked with Paul as deacons, co-workers, or apostles? Why do we hear about women having to be subject to their husbands?”   I don't think we need to be rocket scientists to know the answer.
Share
Tweet