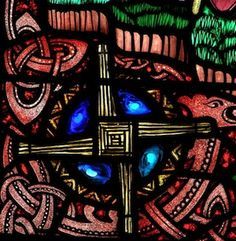 An uncertain summer. ‘If people don’t like the weather, just let them wait a few minutes’, said Mark Twain. South Island dancing fantails feast on the wing. Cicadas chatter in the forest. Bees buzz about the dahlias.

Candles made from the sweetness of their honeycombs are blessed on 2 February, the great Feast of Candlemas. Much of Christendom will remember the infant Jesus being carried into the Temple at Jerusalem by Mary and Joseph and being presented to Simeon, the elderly priest and the widow prophetess, Anna.

Simeon takes the child into his arms and with Anna, realizes, in that very moment, that this is the Messiah, the Light of the World.

It is a story of fragile hope then and now, for we live in unpredictable times. It was ever thus. Simeon and Anna, with all the wisdom of their years, knew that.

In our day, women and men are protesting more and more. Governments and the status quo are being overturned. The utterances of politicians, big business and bankers are being seriously questioned. Leaders are being brought to account. Religious doctrine is no longer exercising the same power and control over many people. Collusion with and a tolerance for the disrespect and degradation of Mother earth by multi-nationals and other individuals, is now the subject of a collective and deeper scrutiny.

‘plus ça change, plus c'est la même chose’, meaning in English ‘the more things change, the more they stay the same’.

When he was Editor of Le Figaro, Karr began a monthly satirical journal called Les Guêpes, (The Wasps) writing words that fearlessly stung corrupt and dishonest politicians. If he had lived now and in almost any other country, he would probably be writing much the same.

Karr retired to Nice where he wrote the book I am currently reading, A Tour Round My Garden, a collection of letters written to his friend who was in the habit of extolling the virtues and wonders of travelling around the world. Karr, though, found beauty and solace in his garden, believing that there were more beautiful things to experience there than his friend could ever experience travelling overseas.

Flowers made love, he wrote, birds sang of their love of life, beetles and butterflies became transformed through patience and struggle. His garden and everything in it was a constant miracle, a source of wonder, a return to Eden.

‘Is there a blade of grass which is not greater than all the mythologies of all times and all nations?’, he asked.

Alphonse had discerned the vulnerability and fragility, the strength and the grace of the Incarnation.

‘Some people grumble that roses have thorns; I am grateful that thorns have roses’.

When I lived in Nice, friends and I would sometimes eat at Les Viviers on the street immortalizing Karr’s name. Opened in the early 20th century, generations before us had sat at the same tables, lit by candlelight, sharing food and a little too much wine perhaps.

They heard of wars and rumours of wars, denounced presidents and politicians, shrugged shoulders (as only the French can do) at religious pomposity; lovers gazed into eachother’s eyes...so bright, so beautiful; old women and men ate in comfortable silence; children waited expectantly for bowls of ice-cream.

Karr’s book was translated into English by the Rev. John George Wood, a graduate of Merton College, Oxford and ordained a priest in 1854. He was chaplain to St. Bartholomew’s Hospital and to the splendidly-named Boatmen’s Floating Chapel at Oxford. Now it is a Thai restaurant called Bangkok House.

On 1 February, the ancient Gaelic festival of Imbolc, marks the halfway point between the winter solstice and the spring equinox in the Northern Hemisphere.

Meanwhile in Aotearoa New Zealand, at Canaan Downs, which derives its name from that biblical land of milk and honey, the equally harvest festival of Lughnasadgh, which occurs halfway between the summer solstice and the autumn equinox, is underway amongst ancient beech trees, offering an earth friendly festival of music, art, dance, creativity and sustainability.

Saint Brigid’s Feast Day was also celebrated on the 1st. Brigid, an Irish nun, who shares her name with a Celtic goddess, is Patroness of Ireland. Born in 450AD, she is accredited, amongst other virtues, with creating, from rushes and straw, a unique cross that has since borne her name.

The story goes that Brigid was asked to visit an old pagan chieftain who was dying, in the hope that she might be able to calm his restless spirit. As she sat beside his bed, she picked up some of the rushes from the floor of the room and started weaving them together, forming a cross. She shared the meaning of the cross with him and her words brought peace to his soul. Captivated by her presence and her story, he asked to be baptised before his death.

Brigid’s name lives on, not least in this land of the long white cloud - at schools in Dunedin and Wellington and at churches in Loburn, Pahiatua, Feilding and Waiteti.

Snowdrops, so pure, so perfect, are emerging from the hard soil of many cold places on earth. They are also called Candlemas bells. We hear their song. We light a candle.