Called from our Desert Places 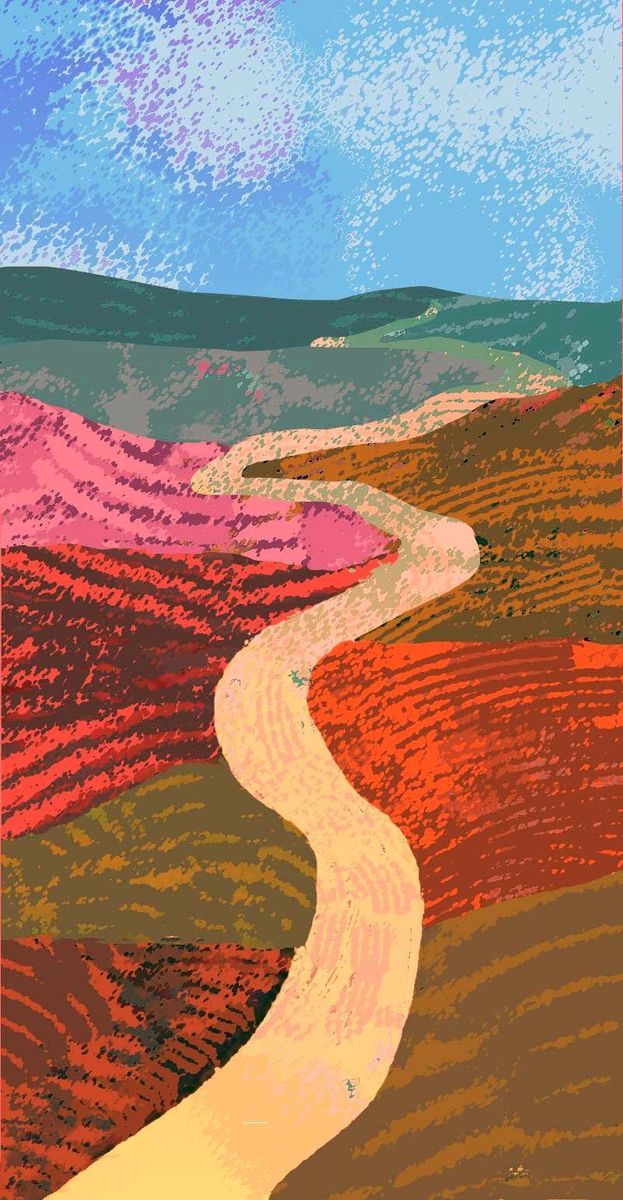 I am sure that each of us has at some point tossed a stone into a lake and seen ripple after ripple come from the epicentre, the place where the stone hits the water. One little thing seems to have an impact out of all relation to its actual size. The German philosopher Johann Fichte, and I swear this is as high brow as I’m going to get, wrote this about the impact of a seemingly insignificant act:

you could not remove a single grain of sand from its place without thereby changing something in all parts throughout the immeasurable whole.

Though he could not know it, he was one of the intellectual founders of what we now know as the butterfly effect; a belief that apparently small insignificant things – like the flapping of a butterfly’s wings – can have a major impact on the world.

We live in a cycle of cause and effect, we begin things that we cannot know where they will l lead to, we act in certain ways because events far away and possibly long ago have determined that this is how we will act.

One hundred years ago British and ANZAC forces captured Palestine. The British seeking to gain the loyalty or at least the acquiescence of the population made different promises to the Arab and Jewish communities. The former were promised national self determination, the latter – in the Balfour Declaration – were promised a ”national home.” Of course, the British took over the running of Palestine so there was no self determination for the Arabs and in time the Jewish community in Palestine became a Jewish State; the same UN vote which permitted a State of Israel also authorised a Palestinian state but the Arab states determined this could not come to be until Israel was destroyed.

Even following a partial Arab recognition of Israel, the conditions for a Palestinian state have been elusive. Words the British used to placate two different populations never went away, words said to buy cooperation and keep the peace have fed conflict and war.

While Britain became the protecting power in Palestine, New Zealand took over responsibility for what had been German Samoa. Another little flutter of butterfly wings which has been felt over time, changing history for both the people of Samoa and the people of New Zealand. Our stories have become intertwined in ways that could never have been imagined way back then.

Strange isn’t it? That the farthest ripple of a war which began with an assassination in the Balkans was a change in who governed some far away islands deep in the South Pacific; a real butterfly effect. But World War One changed so much and not with the delicate flutter of wings. In the words of W.B. Yeats whose The Second Coming we heard last week, all was changed and changed utterly.

Small, seemingly insignificant things ripple still. Nowhere more so than in our impact on the environment. Think of how many plastic bags you have used in the last year, where do they end up, or the plastic microbeads in shampoos, conditioners, shower gel; where do they go? Ultimately it seems much of it goes down to the sea where it does great harm. The world itself is in pain and in need, and so too are we. We are not – like Yeats – emerging into a world that has changed and changed utterly – but for much of humanity, life is more fragile, stability more precarious, peace more elusive than here.

The world itself needs newness, so do people everywhere; it has always been this way.

The truth of it is that it was ever thus. Since the beginning of time, it seems that thoughtful people have taken a good long look at the world around them and, with a shudder, have decided they don’t like what they see. It was certainly true of Jesus’ time and place.

The time and place Jesus was born into and which was seen as the context of his ministry was marked by occupation, oppression, injustice and brute force. It was a broken place, like every place there has ever been maybe! And in Advent we are invited to reflect on and name that brokenness which stands in need of redemption.

the celebration of Advent is only possible to those who are troubled in soul, who know themselves to be poor and imperfect, who look forward to something greater to come. For these, it is enough to wait in humble fear until the Holy One comes down to us. God in the child, in the manger.

Both our readings today are food to the soul that waits. The promise of a new day dawning.

If you look at classical art based on the Advent stories, say of Gabriel’s annunciation to Mary, it is often set in a world which seems faded, broken down, littered with the ruins of the past. There is something of Bonhoeffer’s point in this. Advent speaks to our turmoil, our failure and brokenness and offers hope where hope seems to have fled.

A colleague when I worked in Mental Healthcare once said of the world that if you’re not depressed, you’re not paying attention. His point was that being depressed is an entirely rational response to how the world is and we kind of get his point.

Advent isn’t about saying the world is just fine, or that we live in the best of all possible worlds; what it’s saying is that another world is possible, that there is a better way despite the darkness, the sorrow and brokenness which mar and wound the world.

Our reading from Isaiah speaks to this. It comes at the beginning of what biblical commentators call Deutero Isaiah, the second part of the book. The first part – what went before – was dominated by loss, exile, the threat of the disappearance of the Covenant people from history. This second part is concerned with the end of exile and the possibility of a new beginning.

Our reading began with these words, Comfort, o comfort my people. Well known words. If I were a half decent tenor I might attempt a spot of Handel at this stage! But I’ll spare you that, I can carry a tune but not far.

What follows speaks of the possibility of newness. The part of the text most familiar to us Christians, especially at Advent, is:

In the wilderness prepare the way of the Lord, make straight in the desert a highway for our God.

Words echoed in the beginning of Mark’s Gospel, words which Christians immediately associate with John the Baptist, whose story we read as being an anticipation of and preparation for the story of Jesus.

John is presented to us as calling for repentance and the forgiveness of sins, rather forbidding language, language we do not use much in this church. Repentance can have a bad name, it can carry overtones of preoccupation with sin and those who preach it can appear to be manipulative.

But what it means, simply and undramatically is to change, to change your bearings, to go in a new direction. Repentance was an act of hope in the possibility of the new and an acknowledgement that for the new to come to be, then people had to live differently.

Though he is an odd character, angular and uncomfortable, living there on the edge of the desert in animal skins, surviving on honey and locusts, John is a charismatic personality, he draws a crowd. People are drawn to him and to his offer of newness and they present themselves for ritual purification, total immersion in moving, flowing water; the Jewish ritual origin of our baptism. It wasn’t magic, it didn’t change the world, but it was a cleansing, a statement of intent to live differently.

This is all very interesting – I hope – but what can it say to us, these stories from far away and long ago? That they speak in our wilderness now, in our experiences of exile, of alienation, or sense of a fractured and wounded world, of our need for newness.

In these remaining Advent days, as the days lengthen may we know that other brightness, the light of holy possibility, the light of newness, may it shine brightly and lead us once more to our every Bethlehem.

©The Ref. David Poultney
Image  Preparing a Way in the Wilderness, Hermano Leon