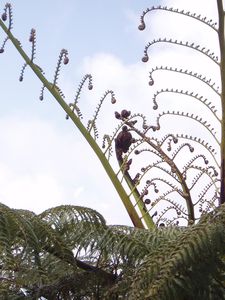 The mainstream of New Zealand politics has accepted what was once threatening and abnormal as being not only acceptable but necessary.
On the evening of 17 April Parliament passed the Marriage Equality Act. The Bill drew support from a substantial majority of the House. The Church, however, seemed to withdraw into its own cloud of unknowing.
What might the Church do now? Accept the law change and go about mission as usual? Divide itself into those who will marry same sex couples and those who will not? Carry on talking and talking hoping for a miracle of theological insight meeting secular reasoning? Where does this leave the Church in regard to sexuality? Directions taken may be defining.
Clearly, the Christian Church is no longer an effective control mechanism for a broad consensus about social order. If that is so, what does the Anglican Church value and proclaim as life-giving?
It may be time to re-think the meaning and practicalities around biblically inspired ethics. For example: What is love? How might love be understood? Why is love significant, life-giving, for humanity? The answers to such questions may seem obvious. Yet the sentiments and ideologies they conveyed within once dominant theologies have lost power to influence and persuade.
Both sides of the legislative debate trumpeted the virtues of fidelity. Now the beneficial and legal outcomes of fidelity are open to any life partners who are faithful to one another. The freedom allowed by this law change is a profound step in recognising and overcoming the visceral fears of difference that continue to foster relationship violence. All people are worthy of dignity.
This law provides the Anglican Church, at least, with an advantageous place in public discourse. It is no longer burdened with being a moral guardian of difference based on gender. Rather it may hold the inclusivity of the Gospel high. It may now encourage creating space in the public square for discussion, understanding and celebration about the blessings of being fully human.
Perhaps now theological thinkers and teachers, clergy and laity have an opportunity to look beyond transitory public moralities, and seek to articulate the universal benefits of people being free to live the sexuality that reveals their genuine nature.
To go with an agricultural image: The Church has long patrolled the boundaries of the political farm. Now it may dismantle fences, tend the ground and nurture the plants afresh that, given the conditions, will flourish.
Share
Tweet