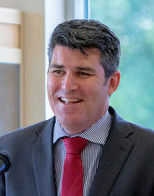 Peter is a New Zealander who is currently the Headmaster of Bromsgrove School, a prestigious 500 year-old boarding school in Worcestershire, UK.

Prior to that he served as the Executive Principal of Kristin School, one of New Zealand’s leading Independent schools. He was also the President of the Association of Heads of Independent Schools and an elected member of the World Heads Council of the International Baccalaureate. In 2014 he was awarded a National Honours Award in New Zealand for Services to Independent Education.

Married to Sarndra, Peter has two adult children and two step-sons. When not absorbed by work or family, he endeavours to bring a little balance to his life by pursuing his passions as a very amateur poet, an aspiring photographer and a lover of New Zealand’s wild places.