Auckland in crisis: What should government do? 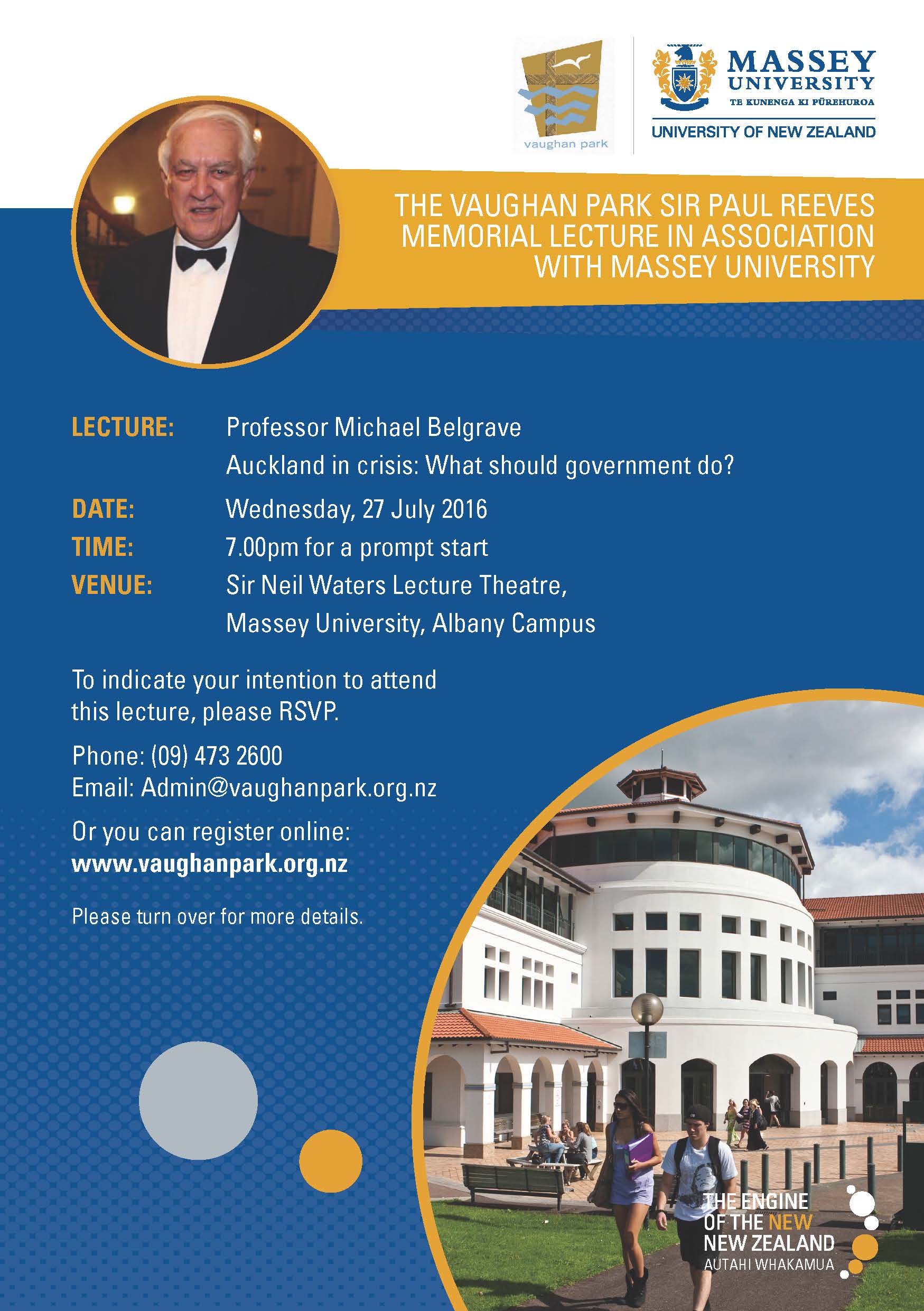 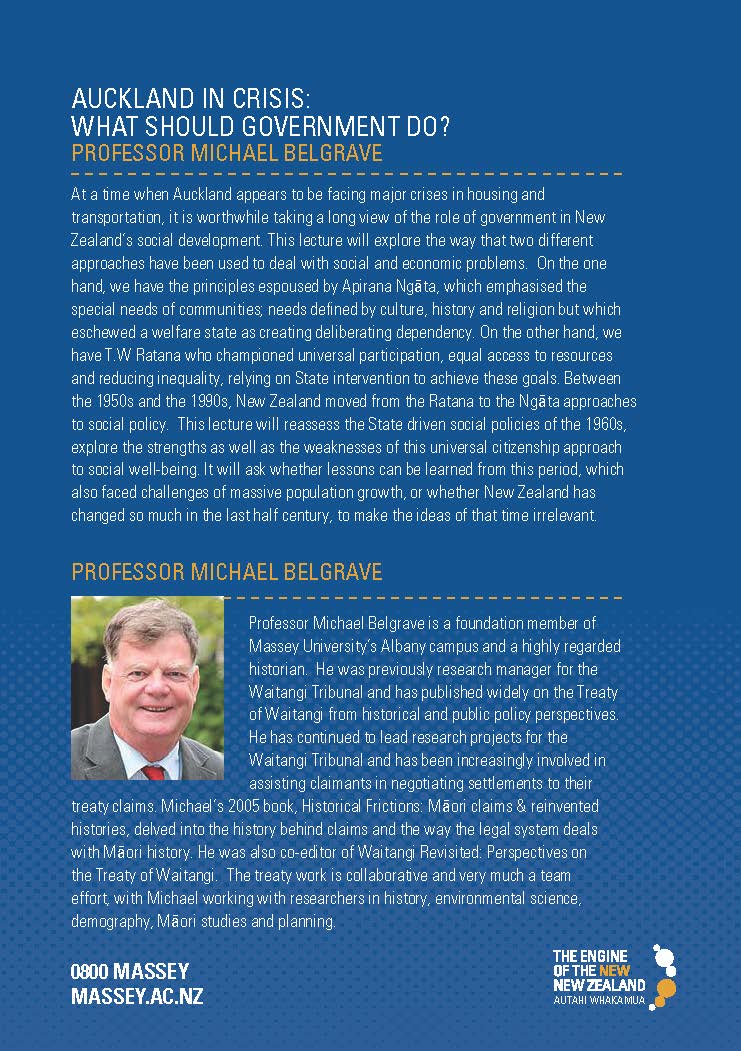 Script from the flier:

At a time when Auckland appears to be facing major crises in housing and transportation, it is worthwhile taking a long view of the role of government in New Zealand’s social development. This lecture will explore the way that two different approaches have been used to deal with social and economic problems.  On the one hand, we have the principles espoused by Apirana NgÄta, which emphasised the special needs of communities, needs defined by culture, history and religion but which eschewed a welfare state as creating deliberating dependency. On the other hand, we have T.P, Ratana who championed universal participation, equal access to resources and reducing inequality, relying on State intervention to achieve these goals. Between the 1950s and the 1990s, New Zealand moved from the Ratana to the Ngata approaches to social policy.  This lecture will reassess  the State driven social policies of the 1960s, explore the strengths as well as the weaknesses of this universal citizenship approach to social well-being. It will ask whether lessons can be learned from this period, which also faced challenges of massive population growth, or whether New Zealand has changed so much in the last half century, to make the ideas of that time irrelevant .

Professor Michael Belgrave is a foundation member of Massey University ‘s Albany campus and a highly regarded historian.  He was previously research manager for the Waitangi Tribunal and has published widely on the Treaty of Waitangi from historical and public policy perspectives. He has continued to lead research projects for the Waitangi Tribunal and has been increasingly involved in assisting claimants in negotiating settlements to their treaty claims. Michael’s 2005 book, Historical Frictions: MÄori claims & reinvented histories, delved into the history behind claims and the way the legal system deals with MÄori history. He was also co-editor of Waitangi Revisited: Perspectives on the Treaty of Waitangi.  The treaty work is collaborative and very much a team effort, with Michael working with researchers in history, environmental science, demography, MÄori studies and planning.